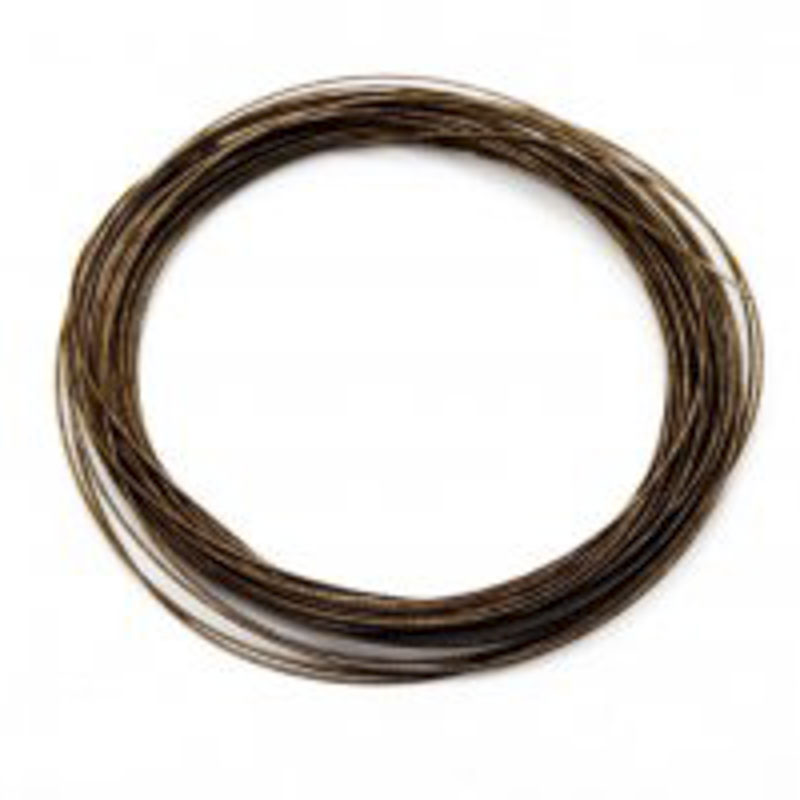 The Partridge Predator Leader Wire is a nylon coated, five meters long, 49 strand stainless steel wire. Kink resistant and easy to knot. Flexible, sensitive and pliable, yet low stretch wire. Ideal as a strong tippet or as leader wire for all toothy predator applications as Pikes as Muskies. Perfect also for all fishing and fly fishing techniques that require the certainty that your line will not be cut, even in sea fishing.

The Partridge Predator Leader Wire is extremely soft and flexible, it does not compromise the action of the lures. Without memory, it does not hold annoying curves and angles, typical of many steel wires. Easily knotted, recommended knots: Albright Knot, Clinch Knot, Nail Knot, Perfection Loop, Surgeon's Loop, or Uni-Knot. As an alternative to making knots, it can also be crimped.