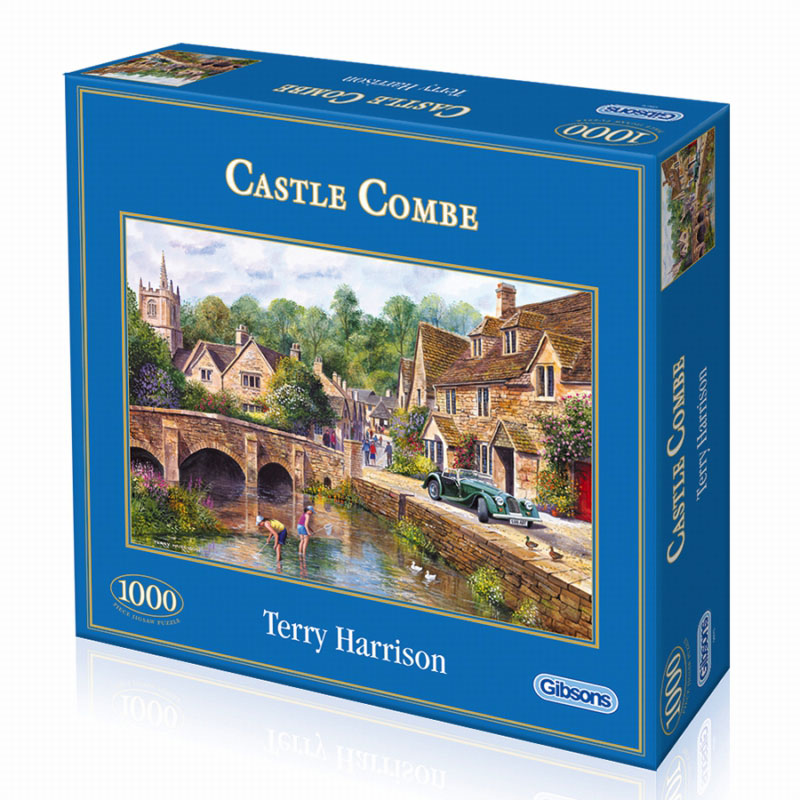 Judging by the number of visitors each year, Castle Combe is certainly considered to be one of England’s prettiest villages. The only evidence of the original site of the castle is the earthworks on higher ground above the village itself. Originally a British hill fort, it was later taken over by the Romans and then enlarged into a castle by the Normans. The beauty of the village owes much to the By Brook river, which in the middle ages had a more practical purpose of providing power for the booming wool industry.

As with all Gibsons Jigsaw Puzzle, the beautifully illustrated pieces are made from the highest quality 100% recycled board and are therefore a pleasure to work with again and again.