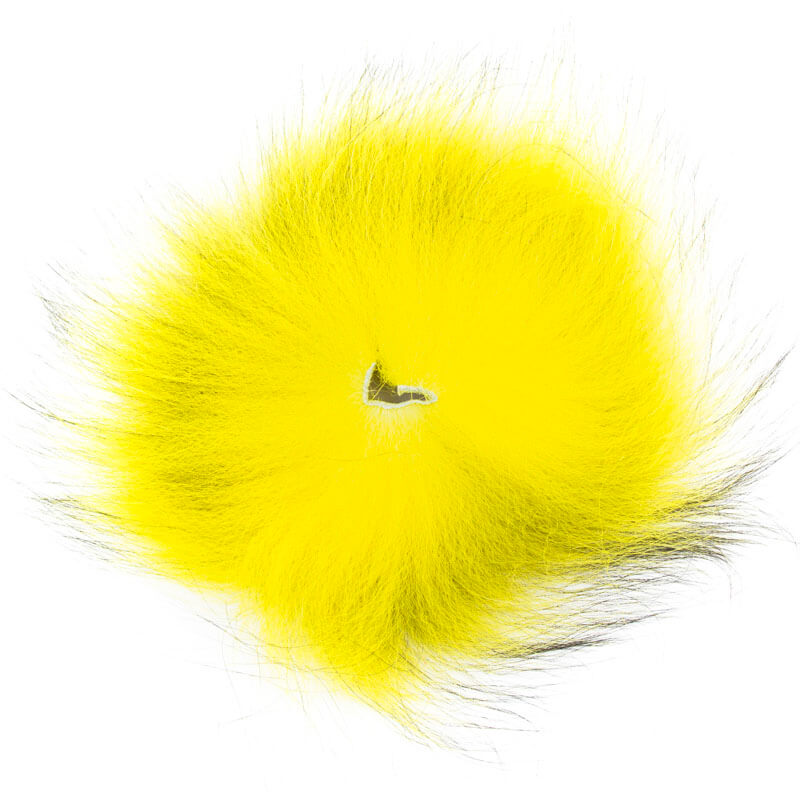 As with the red and grey foxes, the hair of the arctic fox has two main uses in the dressing of artificial flies. The long hairs of the tail and more generally those of the back, have a very interesting and natural movement in water, they are used mainly to tie streamers and hairwings flies. While the underfur, softer, can be used to tie bodies of trout flies. The hair tips of Arctic Mutation Fox Tail are dark in color, thus allowing to obtain a contrasted and natural chromatic result. Available in fourteen color variations.