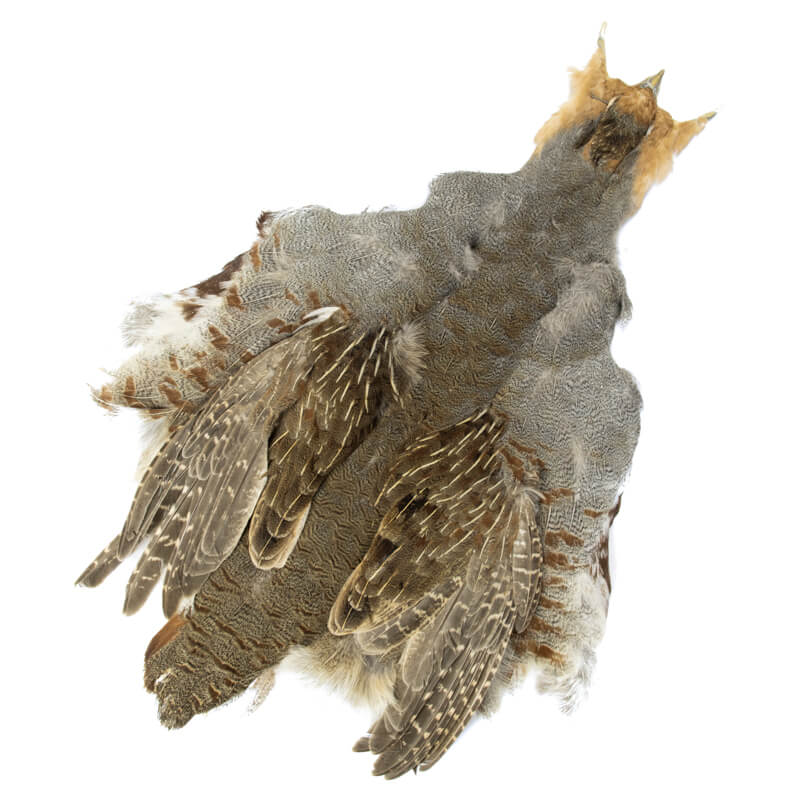 One of the first reference to using English Partridge, also known as Gray Partridge or Hungarian Partridge,
is found in the Berners book of 1496 who cites a dun fly, the body of dun wool and the wings of the partridge. The use of partridge feathers to tie wet flies is also cited by Franck in 1658, by Bowlker in 1754, by Humphrey in 1832, by Taverner, by Bainbridge in 1936, by William Blacker in 1855 and by Ogden in 1879. Feathers from the back of the bird are best for hackles, the tail feathers can be used for wings.