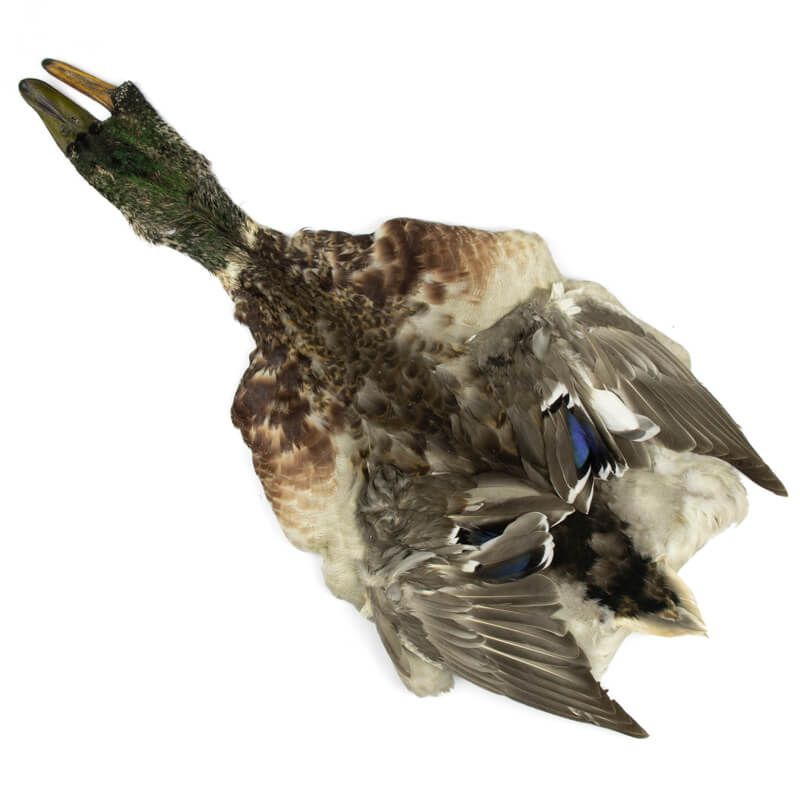 The Mallard Duck is a bird of the Anatidae family, it is considered the progenitor of most domestic duck breeds. Males and females are very similar in shape, but profoundly different in the color of feathers, for a large part of the season. One of the differences that makes males more recognisable by females is the color of the head and upper part of the neck. In the male they are iridescent green in color, in the dark brown female with camouflaging features.

The Mallard Duck is the most widespread of wild duck species and one of the most used in the making of artificial flies. The feathers of the flanks are used to make the wings of flies like the Mallard and Claret, the Fiery Brown, the Golden Olive and the Black and Orange. With the greyish part of the female's breast it is possible to build flies like the Grizzly King or the French Peute, and also to make tails for different models of wet flies. With a section of fibres taken from the wings of metallic blue color with the white tip it is instead possible to realise the wings of the Butcher and the Heckham. Some white feathers found in the under wing are ideal for making flies wings like the Coachman.

In the field of classical salmon flies, too, the feathers of Mallard Duck are widely used. Both the grey feathers of the flanks and the brown or bronze-coloured ones of the shoulder can be used for wings, as Kelson writes in 1895. Some famous examples are the Thunder and Lightening, the Baron, the Claret Alder, the Helmsdale Doctor, the Benchill, Childers, Black Ranger, Silver Doctor, Green Highlander Busker, Canadian Black Dose. Available in limited quantities both the Male Mallard Duck Full Skin and the Female Mallard Duck Full Skin.