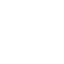 Probabili illusioni has been dedicated to the artificial flies of Renato Cellere, the fly tier known to all for its long domination in fly tying competitions. In the myriad of competitions won, Renato showed a new way of observing insects and interpreting them, whether they were real models or fishing flies, or creating new and original patterns.

For the other competitors there was very little to do but study his flies and look for the secrets of his success. In fact the most seasoned competitors were his students. Rarely were they elaborate models; its weapon has always been simplicity, and its flies were always built in an essential way. But we all know that only the champions are able to make the things that seem difficult to most easy.

Therefore, extraordinary models that, observed from a suitable distance, could not be distinguished from real insects. Well, what people do not know is that Renato Cellere's ability is not expressed in making perfect artificial flies in competitions, but in the creation of spartan but amazing fishing flies.

The competition fly is only the peak of an iceberg that emerges in fly shows and rankings, but its most authentic ability finds its place in its unlimited passion for fly fishing, the real one, the one that takes place exclusively along the banks of the rivers and late at night, when one returns with the frenzy to achieve a more effective imitation of the insects that flickered.

Renato is mainly a fisherman, a fisherman of rare ability and his most acute intuitions reserve him for the flies he makes for fishing. These are the flies that Probabili illusioni presented to the public. In the book there are only two models dedicated to competitions, just to satisfy any curiosity related to this aspect.

You will not find extreme tricks, unthinkable flashes of genius that will make you catch fish that are otherwise inactive, but seemingly obvious imitations, dedicated to the most common, most sparse, quick to build and easy to imagine bugs, but which you will probably find more effective of yours.

Perhaps many of us in our fly tying fantasy have had similar intuitions, but have postponed them or deemed them to be impractical, the fact is that Renato Cellere, in the infinite knowledge that orbits around the dressing rooms, has the ability to choose the best solutions, because probably his way of looking at insects is closer to that of fish than to that of their modern anglers.