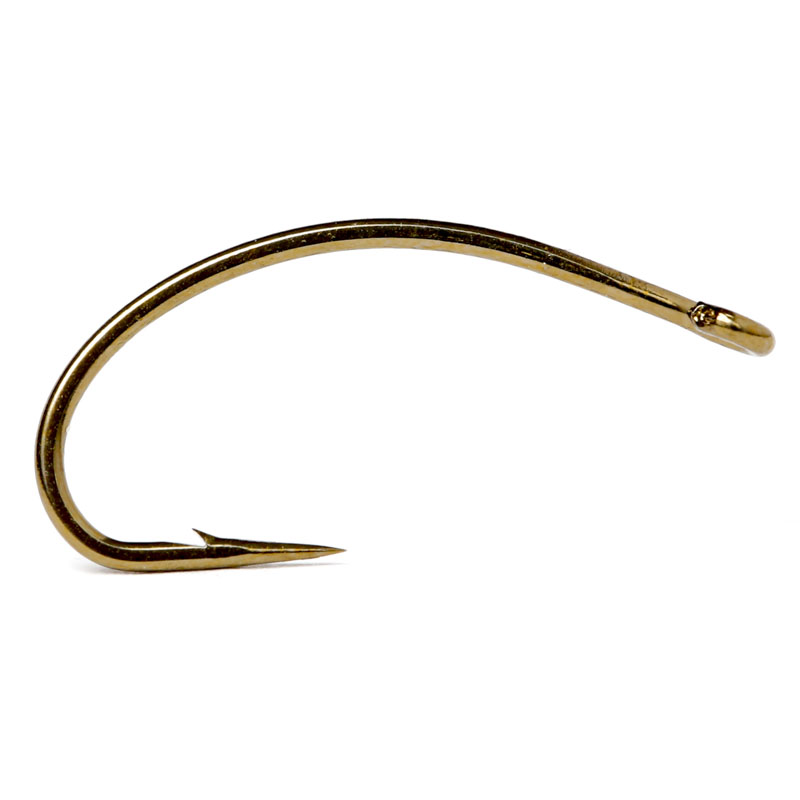 The Partridge Trout Caddis Emerger is a standard wire hook with a forged continuous curve. It has been inspired by the Popa Caddis, the Hydropsyche, the Rhyacophila Pupa, the Gammarus patterns by Oliver Edwards presented in his legendary book Flytyers Masterclass, published in 1994 by Merlin Unwin Books. It is an ideal hook for tying every type of caddis emergers and small nymphs in general.

Oliver Edwards is one of the best known and most appreciated British fly dressers. Through his columns on Trout & Salmon, Salmon Trout & Seatrout and Flyfishing & Flytying, and his numerous tying demonstrations, he has built up a reputation as the creator and tier of flies that are as realistic as they are effective. He is also a great trout and grayling fisherman and was part of the English team at the fly fishing world championships.