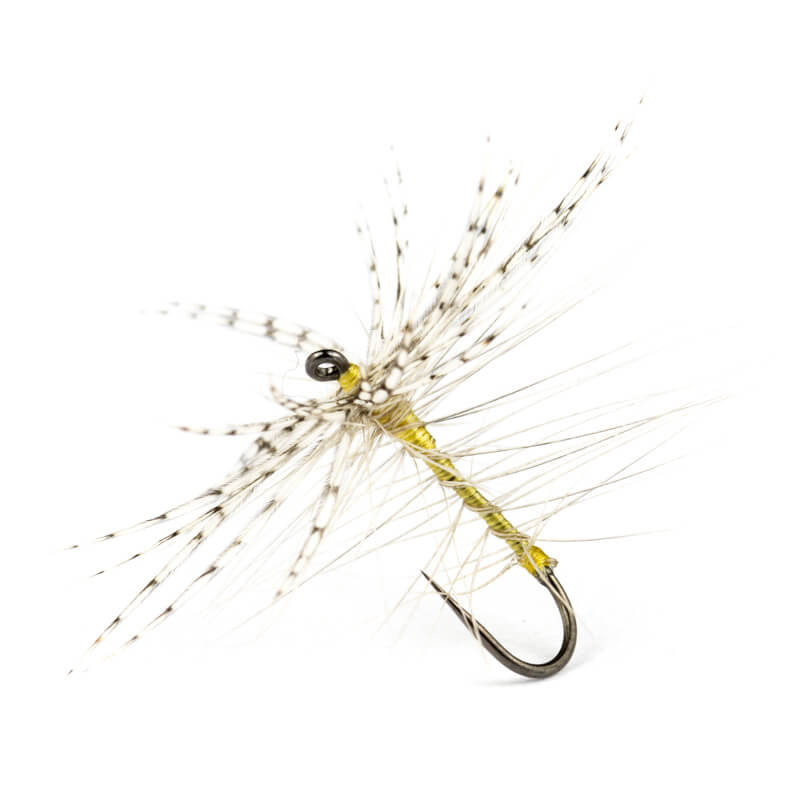 With this fly, named originally Assasine de Pequegnot, the author, Jean-Paul Pequegnot, wanted to combine the advantages of the high-floating palmer with the indisputable attraction of the English Partridge speckled hackle. This hackle probably reminds fish of the joint of insect appendages. From the first experiments with this model in 1964, the number of its victims has been such that the name seems logical. It is a fly of abstract design, does not pretend to represent any particular insect.

The identity of the Assasine de Pequegnot is that is tied starting with the head and the finishing knot is made at the rear, on hook bend. Umberto Oreglini tie this fly exactly as the author says, this require patience and manual skills. Tied on a Partridge Barbless Fine Dry Hook, with Ephemera Silk, English Partridge Full Skin and Root River Hackle.

Umberto Oreglini is an Italian fly tier, he is dedicating his career as a fly dresser to the study and disclosure of classic flies. He devotes himself to the study of the most significant authors and styles, from the historical British and French flies to the Catskill style flies. He is among the few non-Americans to be recognised as new generation Catskill fly tier from the Catskill Fly Tiers Guild. He keeps studying the history of fly tying of which he has become a profound connoisseur and an addicted enthusiast.