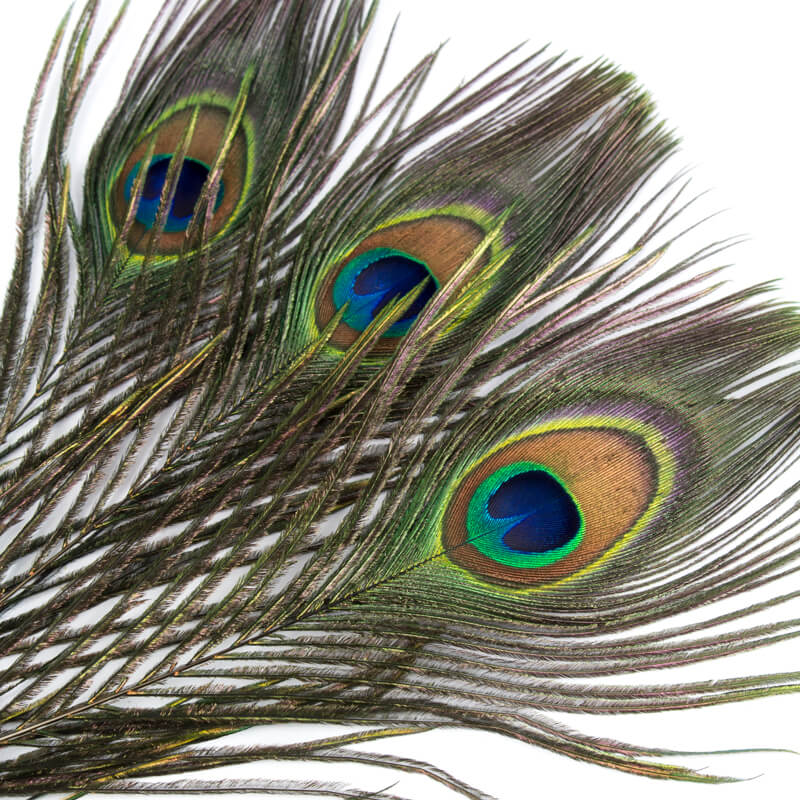 /shop/product/indian-peacock-eye-6482
Previous Next
Works well with

The Common Peacock or Indian Peafowl, Pavo Cristatus Linnaeus, is a bird that belongs to the Fasianidae family, a native of India, already known in ancient Greece. The most well-known characteristic of the male peacock consists in the coverts of the rump, of enormous length, in some cases up to two meters. In each of these feathers, the development of the beards starts at the lower end and then widens to form a pallet with the unmistakable eye-shaped stain.

Numerous feathers of the Common Peacock are used for the creation of artificial flies both for salmon and trout. The green herl taken from the quill of the long feathers that make up the bridal wheel are used to form wings of some salmon flies, such as the Jock Scott. When the herls are stripped of their small flue that cover them, they become quills, ideal for forming bodies, such as the Quill Gordon. Quills are generally dark in color, with shades ranging from black to brown and give the body of imitations a particularly natural appearance. The copper-coloured herls taken from the central part of the calamus, are ideal to be spiralled around the hook shank in order to form bodies. Excellent examples are the Zug Bug, the Alder, the Coachman, the Coch-y-Bondhu. The eye's fibres are almost entirely dedicated to the production of quills, with a surprising light-dark effect, forming a natural lining. Dyed in the most varied colours can form bodies of countless models of dry and wet flies.