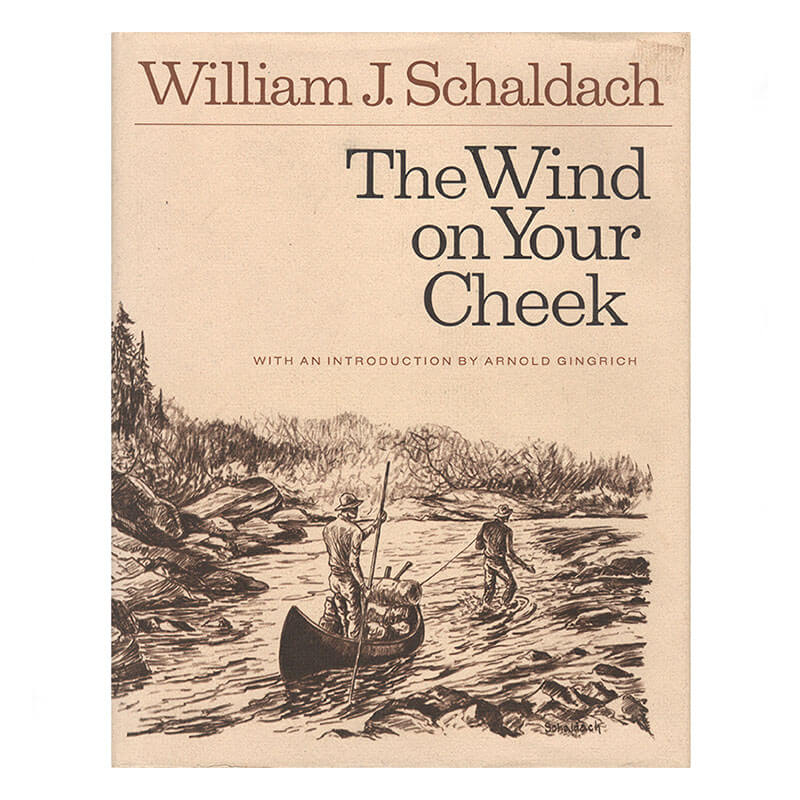 The Wind On You Cheek

William J. Schaldach has been for many years of America's foremost painters and etchers of sporting subjects. Born in Indiana in 1896, he served in the Navy in the First World War, then studied art with George Bridgeman, John Sloan, and Harry Wickey. In 1923 he became an editor of Forest & Stream, beginning of a career of thirty years as one of America's best-known outdoor writer-editors.

William J. Schaldach is well-known to generations of readers. He is the editor of the fly-fishing and upland-shooting life as Coverts & Casts, Currents & Eddies, Upland Gunning, and Path to Enchantment. His graphic works have been widely exhibited and included in the permanent collections of museums, libraries, and universities, including the Metropolitan Museum of Art in New York City and the Library of Congress. His illustrations and articles have appeared in numerous books and magazines.

With an introduction by Arnold Gingrich. Book and jacket design by Joan Stoliar.