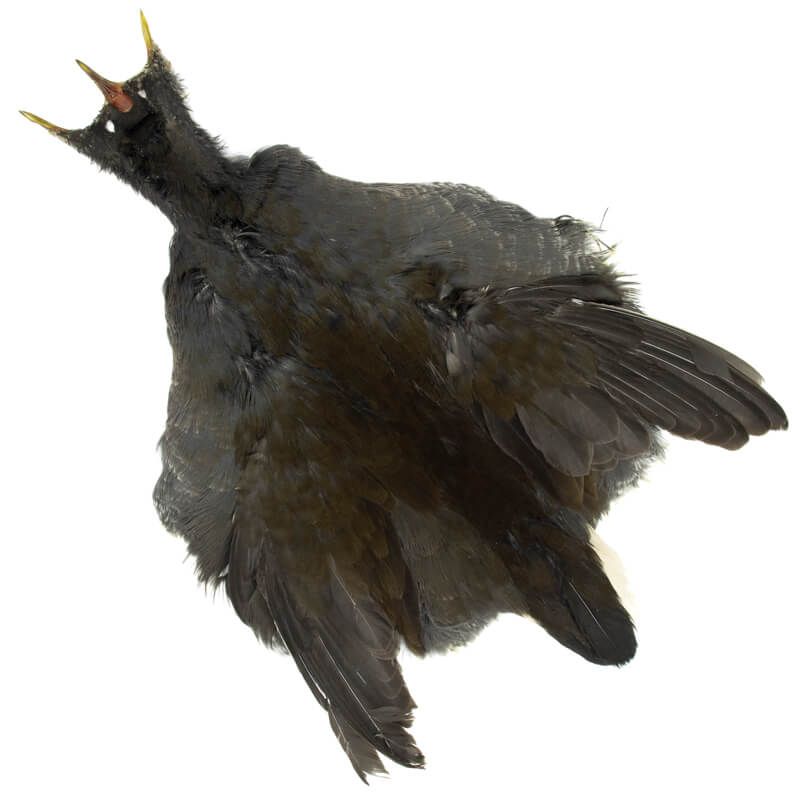 The Waterhen, or Moorhen, is a predominantly sedentary animal in almost all its range, it prefers the humid area of ​​the plain, wherever the water is surrounded by bushes. Its presence has been recorded in marshes, swamps, wet woods, on the banks of rivers, canals, ponds and lakes, at the borders and in forest clearings, also occasionally in cultivated fields. It is set for black or dark grey plumage in the front parts and dark brown in the back of the body and on the wings.

During the nineteenth century the Waterhen was commonly hunted in England, Ireland and Scotland, its feathers were already popular with manufacturers of artificial flies. The primary and secondary feathers, as well as those of the chest, are suitable for making models with dark wings, such as the Iron Blue Dun, whose model was described in detail by Ogden in 1879.

The feathers of the Waterhen have been widely used in models of Irish flies and also in the legendary English models of the North Country Flies. Among the latter, the timeless Waterhen Bloa, an ideal fly for spring, but capable of catching trout at any time of the year. Another important but less known model is the Waterhen and Red, used on small hooks it is suitable to imitate small-sized stone flies. The Waterhen can be considered the quintessence of the North Country Spiders, its soft feathers can be used to make the legs of many models, such as the Wynn's Bloa or the Little Dark Watchet.