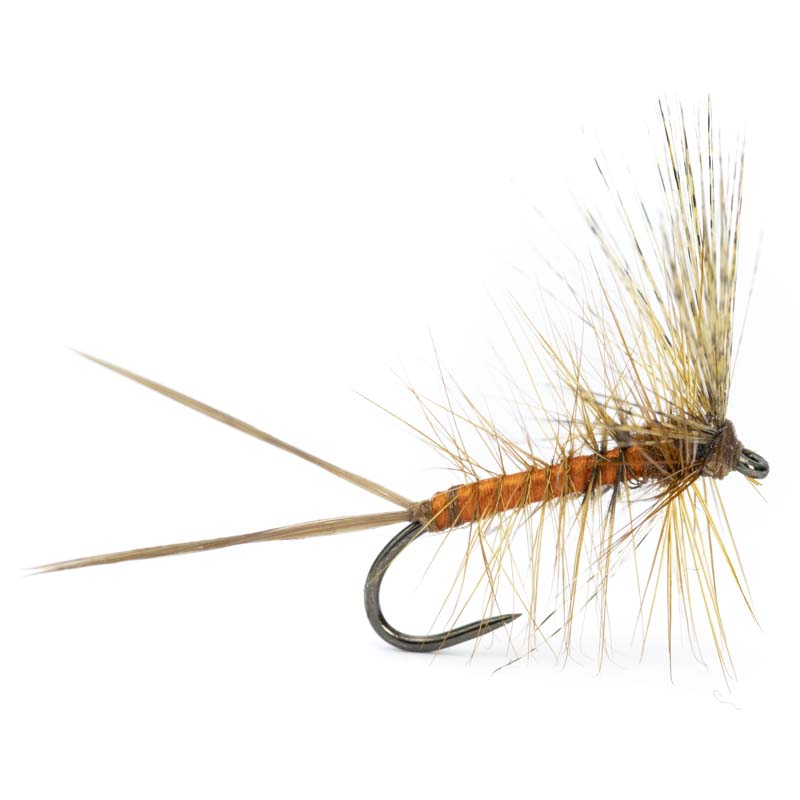 Pardón de Meana is a dressing concept born in 1990. Its originator, Luis Meana, developed a variant of the classical pattern named Pardón, which imitates the Rhithrogena genus, being named by anglers because of its brownish shades. The dressing way was extended to tie other imitations of natural insects, such as those of families Baetidae, Ephemeridae, Heptagenidae, pertaining to Ephemeroptera order.

The first purpose was to achieve a pattern that, letting aside size differences, would be a suitable imitation for both natural bugs, the pardón itself, as well the Baetis rhodani. After continuous observation, the dresser concluded that body silhouette and wind relief, could be the main references trout used to identify their quarry.