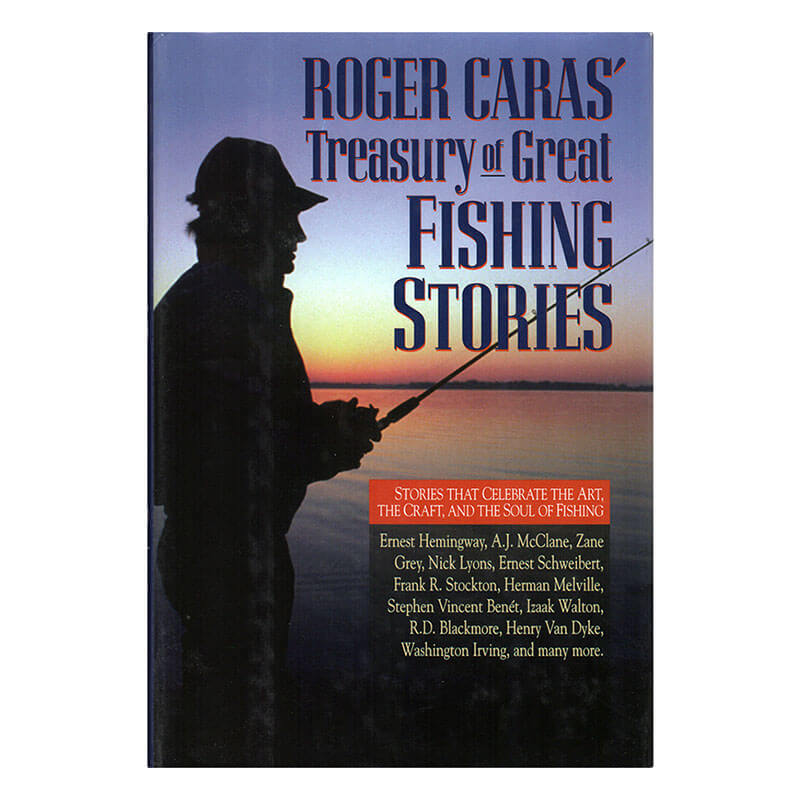 Treasury of Great Fishing Stories, gathered by best-selling nature writer Roger Caras, these classic and little known works of literature celebrate fishing as art craft, and quasi-religious pursuit. From the early morning solicitude of a lone fly-fisherman in a trout stream to the heart-pounding sea battle for a seven-hundred-pound tuna, these tales encompass the wide range of locales and experiences that make up the fisherman's world.

Salmon, swordfish, the hammerhead shark, a terrifying green moray, catfish, the tough little jack, and everywhere - from ancient British streams to secluded American rivers - the trout. They are all here, pursued, observed, revered and remembered in a distinguished array of literary styles.

The Big Two Hearted River by Ernest Hemingway explores the simple yet immense pleasures of the solitary trout fisherman encamped near a fast-running stream. In Nova Scozia Tuna by Zane Grey, the hits, misses, and ultimate elation of bringing in a tuna with a back like a horse transports the reader to rugged Atlantic waters.

Daniela Webster and the Sea Serpent is the rollicking, hilarious tale of a pesky female serpent who finds the infamous barrister to be quite a handsome man, and embroils him in the fish story of his life. And one can almost smell the sulphurous air in The Strangest Trout Stream on Earth by Ernest Schwiebert, in which he describes the Firehole River in Yellowstone Park warmed by boiling springs and geysers that could cook trout alive. These and many more gems of short fiction and the nature essay are combined to pay an exquisite and entertaining tribute to those who know fishing is about more than frying fish.