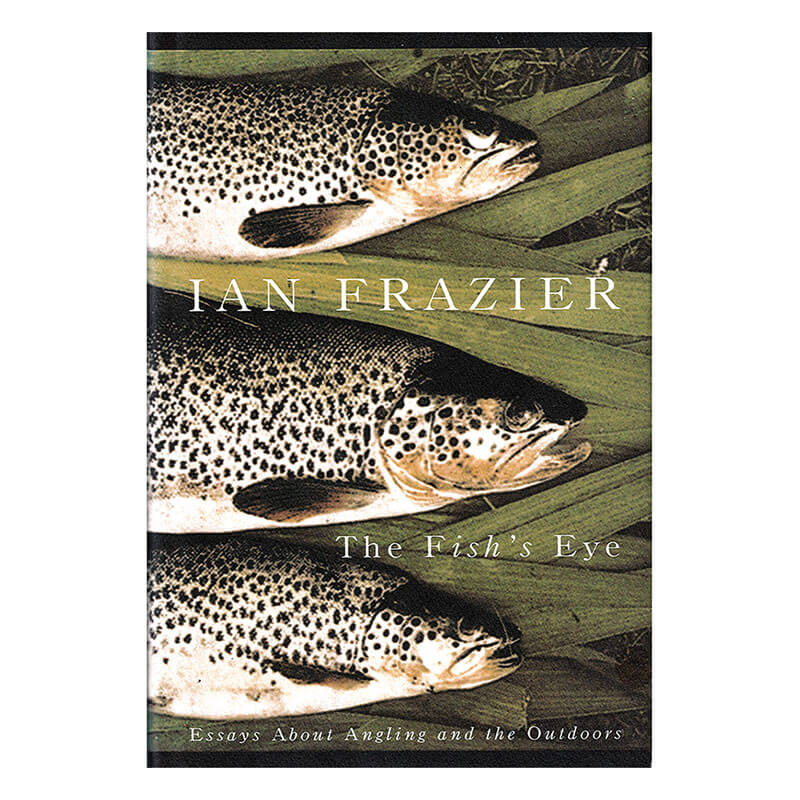 In The Fish's Eye, Ian Frazier explores his lifelong passion for fishing, fish, and aquatic world. He sees the angler's environment all around him in New York's Grand Central Terminal, in the cement-lined city park, in a shimmering bonefish flat in the Florida Keys, in the trout streams of the Rocky Mountains. He marvels at the fishing in the turbid Ohio River by downtown Cincinnati, where a good bait for catfish is half a White Castle french fry. The incidentals of the angling experience, the who's where of it, interest as much as what he catches and how.

The essays, including the famous profile of master angler Jim Deren, late owner of The Anlger's Roost of New York City, contain sharply focused observations of the American outdoors, a place filled with human alterations and detritus which somehow remains defiantly un-ruined. Frazier's simple love of the sport lifts him to straight ahead angling description that's among the best contemporary writing on the subject. The Fish's Eye brings together twenty years of heartfelt and funny and vivid essays on timeless pursuit where so many mysteries, both human and natural, coincide.