Two heads are better than one

The Cottarelli T-Rex vise really knows how to work in team and the two heads are not just an idea but the reality upon which the success of this vise has been built.

There is a proverb that is believed to be recorded almost half millennium ago, two heads are better than one. The meaning is that two people may be able to solve a problem that an individual cannot. It really sounds like the apotheosis of the more modern concept of team-work. The Cottarelli T-Rex Vise Kit and the Cottarelli Travel T-Rex Vise Kit really knows how to work in team and the two heads are not just an idea but the reality upon which the success of this vise has been built. 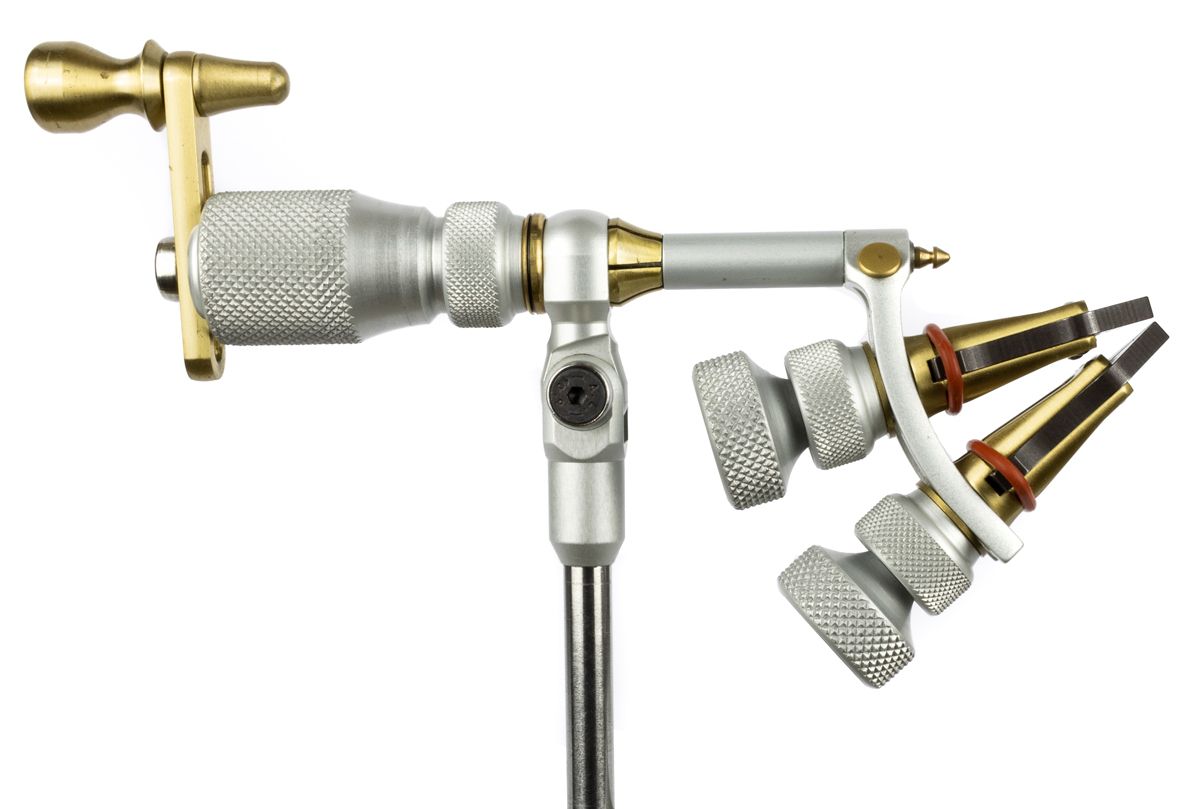 I still recall many years ago when I was struggling and battling against a problem that sooner or later all the salmon fly tiers are going to face, the protection of precious and expensive japanned hooks. My classic and modern salmon flies had reached a satisfactory quality and I started to pay more attention to the overall shape and quality of the hooks used in the process. I was using commercial hooks, hooks manufactured by the most experienced hook makers or even my own reshaped and japanned hooks, but inevitably I was scratching and damaging them in the jaws of the vise I used at that time, despite all the suggested tricks for adding protection, such as plastic, cardboard or other stuff applied on the hook curve before tightening the jaw. No chance, it was a lost battle, if the jaw was too tight (even on famous and expensive vise) I was nicking the coat, and if not enough pressure was on the jaws then the hooks were moving and tilting, making the tying a real nightmare. 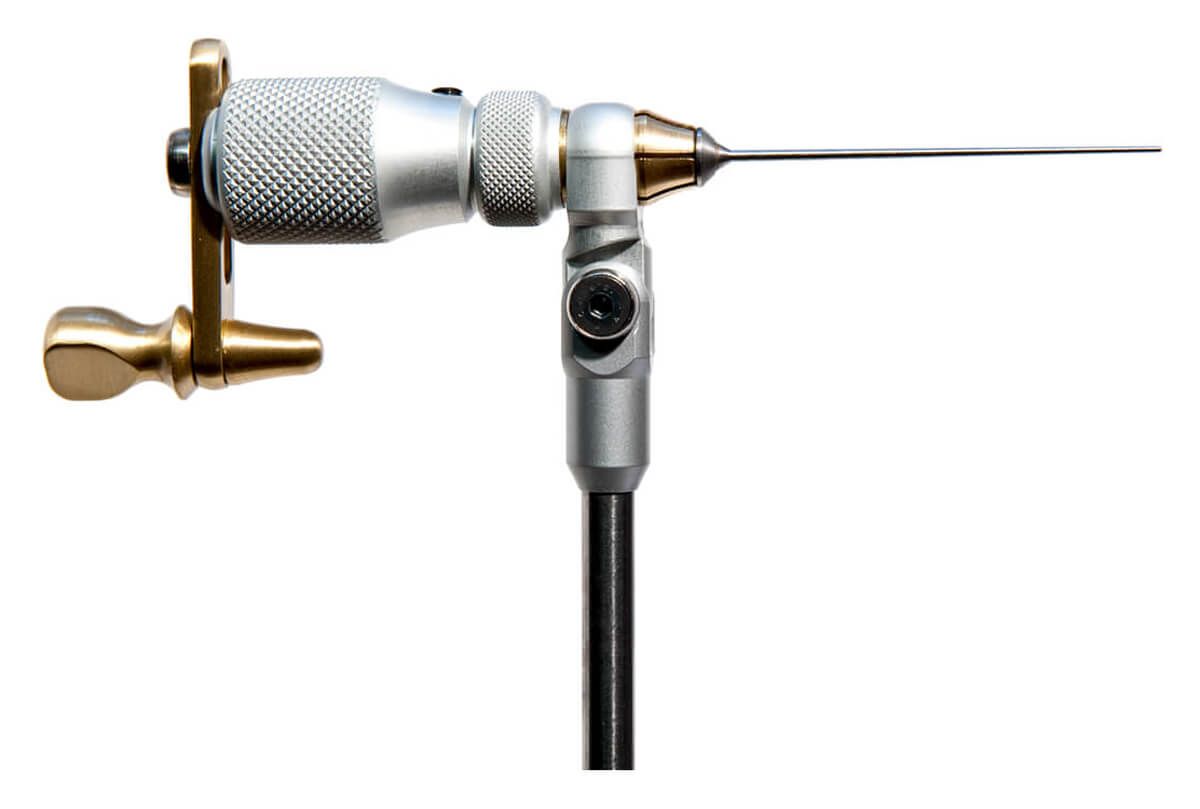 One day I was on the phone with Mr. Cottarelli and I was explaining him the reasons of my headaches and frustration. A week later a strange contraption arrived in the mailbox, one of the first prototypes of what was going to became the ultimate solution for any serious salmon fly tier. The rest of the story is easy to tell, that vise was traveling with me to every fly fishing show, in Europe and USA and soon the good novel was spreading and friends and many other salmon fly enthusiasts added one of these superb piece of craft to their tying armament. Nowadays the lovers of the Double Head are countless and always increasing, from USA to Japan.

So, let me tell you more about the reason why this vise is your best choice when tying classic salmon flies. The two heads apply small pressure on two separate points on the hook curve and there is no need to tighten like crazy to keep the hook stable and well fixed. Whatever is the size, from small salmon hooks to huge beasts on heavyweight iron. The heads can be easily regulated, moved up and down the fork to fit the hook dimension. They can be also removed completely and used to keep the fly in your hands for trimming or simply as a stand to temporarily display a fly. The true rotation is smooth and easily adjusted with a simple brake system. The main body of the vise can angle to make it simple to access every part of the fly, a useful solution for an efficient fly tying action.

The brass counter balanced handle can be moved and tuned to fit with your rotation needs. The shaft system is ideal to move the tying position in countless modes to find an ergonomic solution perfect for your needs. In addition to salmon fly tying, the vise can be used also for all those flies where a strong fixing is compulsory, such as bass and pike flies, saltwater flies and big streamers for predator in general. The Cottarelli T-Rex Vise Kit and the Cottarelli Travel T-Rex Vise Kit comes complete with a Cottarelli Tube Fly Tool and in a matter of seconds you can move from standard hooks to tube fly tying. 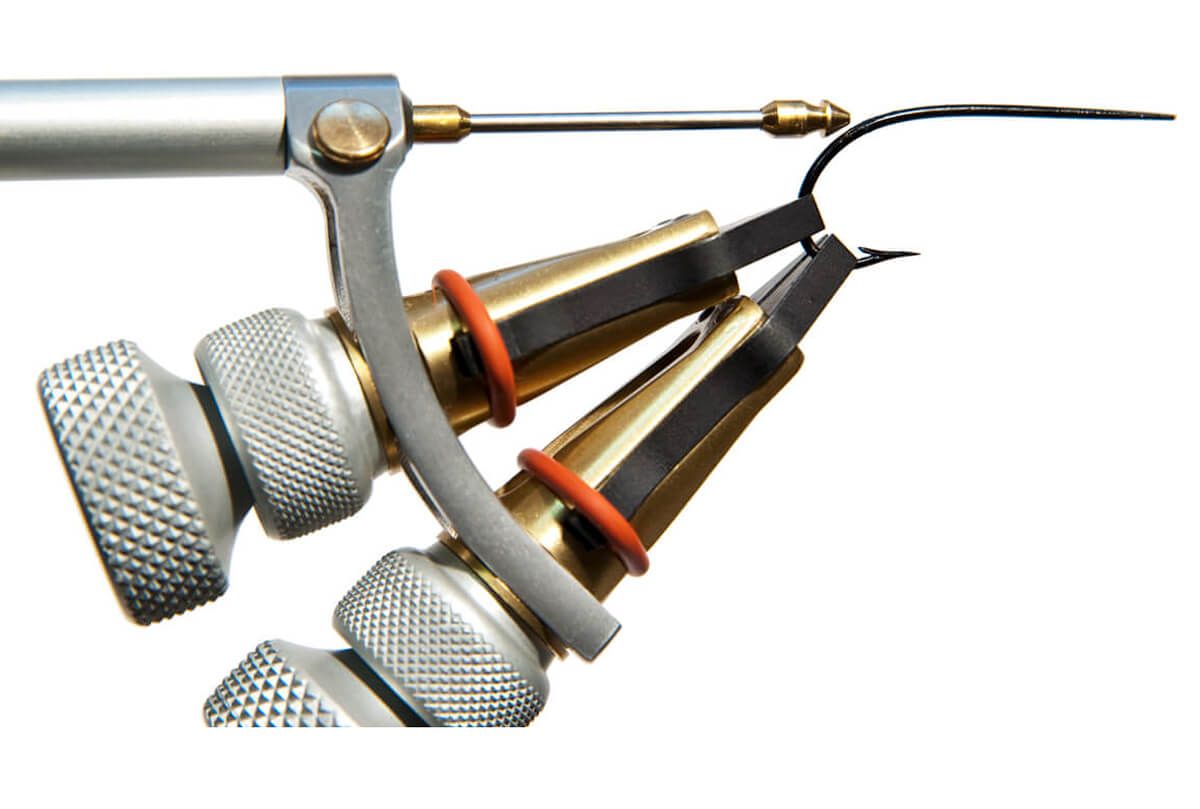 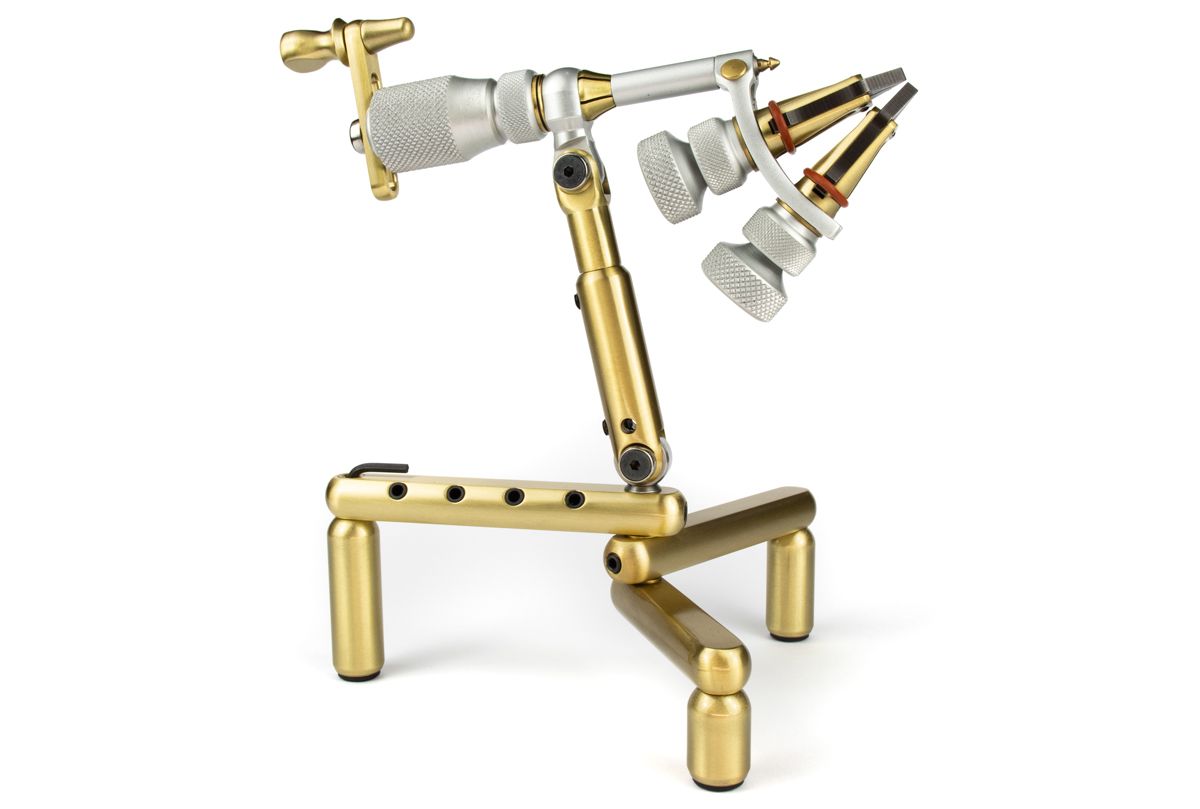 Whether you are tying your salmon flies on jewellery quality japanned hook, like those magically crafted by Ronn Lucas Sr., Byron Bjerke, Jasuhiro Ogasawara or with some high end commercial hooks like the extra limited series of Partridge Hand Made Salmon Dublin Bend Blind Eye, or even on your home made hooks, reshaped, painted or japanned, you won’t have to worry any more about scratching them. Just keep focusing on your flies, the Cottarelli T-Rex will take care of the rest.