The massive work on the Blacker Trilogy book led to the discovery of the state of the art of the silk threads and silk flosses, to tie correct flies of that period.

When we were tying the flies for the first three volumes of the William Blacker book, we ran into a tangle of trouble with tying silks and threads, mainly because Alberto Calzolari was tying all the flies in the hand. Those of you who have read the trilogy will know that we tried to make everything as authentic as possible, right down to having Ronn Lucas make a special range of hooks, because we couldn’t find any alternatives that looked right. That isn’t to say that we think Blacker flies are wrong if they are tied on other hooks, just that we wanted to make ours look as close as we possibly could to actual flies that were tipped in to copies of Blacker’s 1843 edition. That was where the tying in the hand thing came in Blacker’s tying instructions only make sense if you aren’t using a vice and tie the way he did. Even then, they aren’t always easy, but then he was a very sophisticated fly dresser. 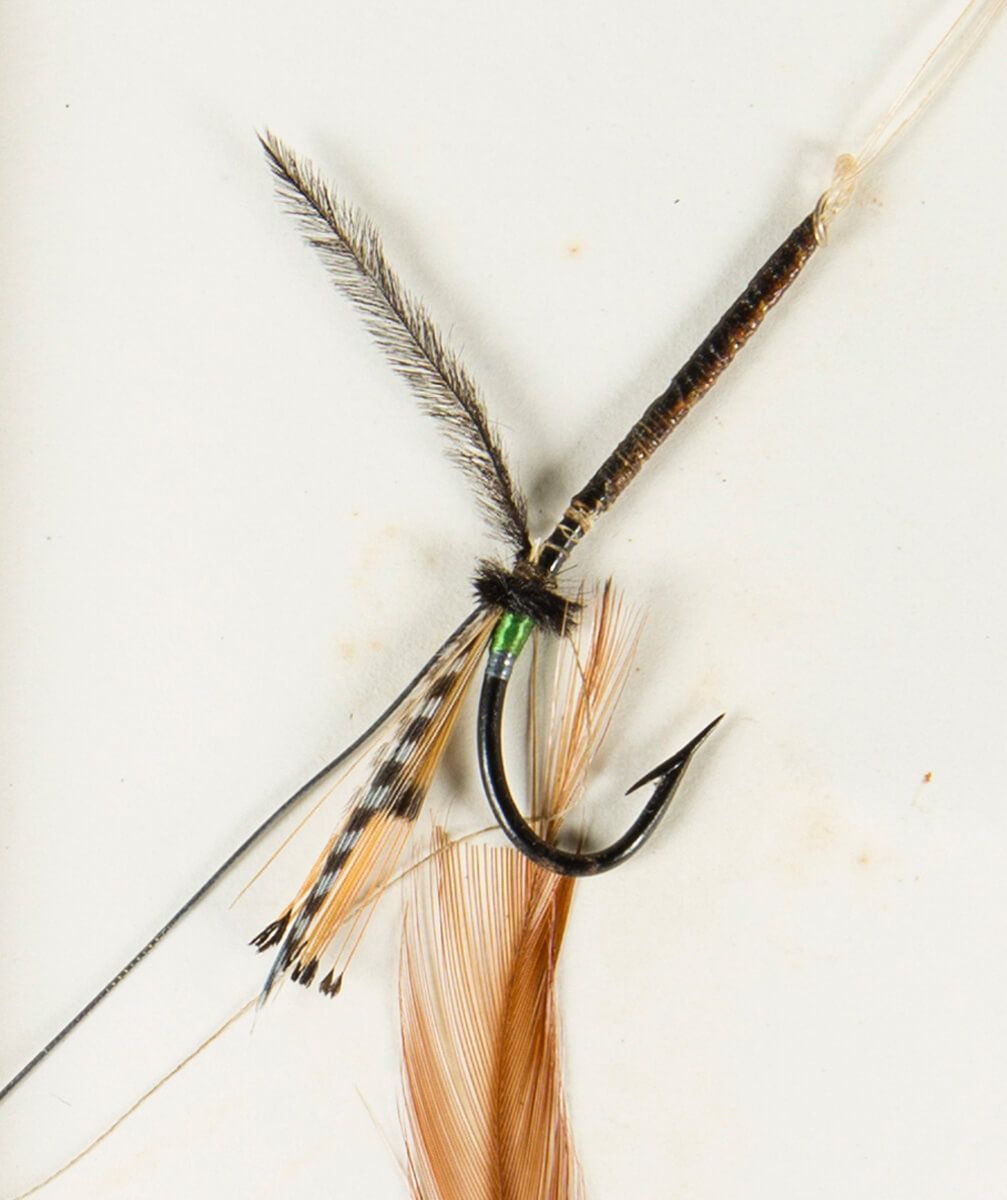 The go-to solution for classic salmon flies is to tie them with vintage Pearsall thread and floss, but the killer from our point of view was that it wasn’t around in Blacker’s time. The oldest available Pearsall silks for fly tying date back to 1881, supplies are short, and unless samples have been kept in the dark, they have usually faded and are extremely weak and easy to break. Matching the brand that Blacker used was impossible, because he never said what it was, and in any event would have bought supplies from non-specialist haberdashers, because there wasn’t any alternative. We have included an illustration of some flosses from an 1850 book, just so you can get an idea of the kind of thing that fly dressers were used to dealing with. 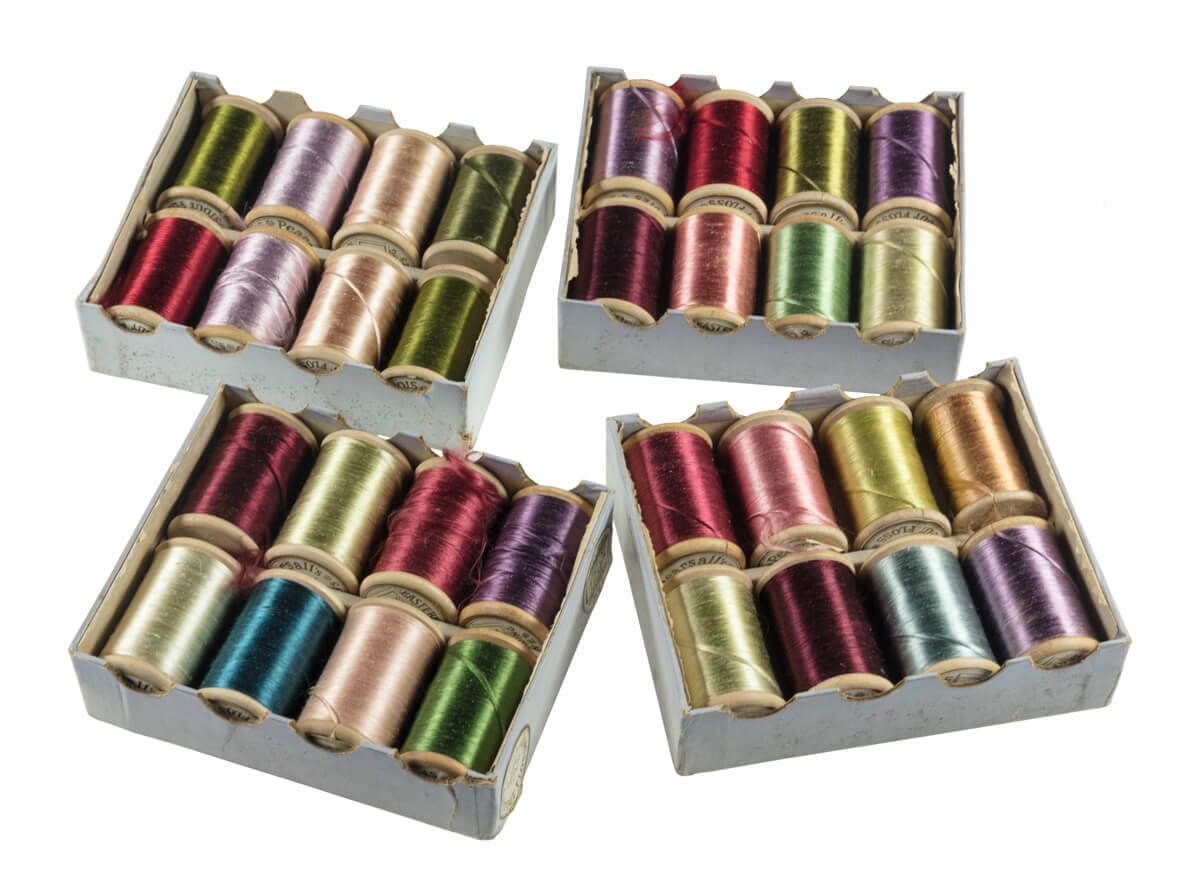 The bottom line is that getting hold of adequate supplies of good quality spools of old silks is tough, takes time, and can be very expensive, so the alternative, using modern silks, becomes attractive. You will be way ahead of us here, because that raises a new problem, which is matching the colour. Here, we had no choice but to compromise, because Blacker appears to have used slightly different shades of each colour over the years, which is very possibly because he was dyeing the silk himself. We settled on an average for each shade and trialled many kinds of Japanese-made flosses, but Alberto found that tying with them in the hand was a nightmare, the floss works well for modern flies, but they are too delicate for period tying, and they don’t all interact well with period wax. The wax was another thing, we had to work out a recipe and make some ourselves to get a consistency that worked well enough for tying in the hand. Somehow, Alberto’s marriage survived those experiments. 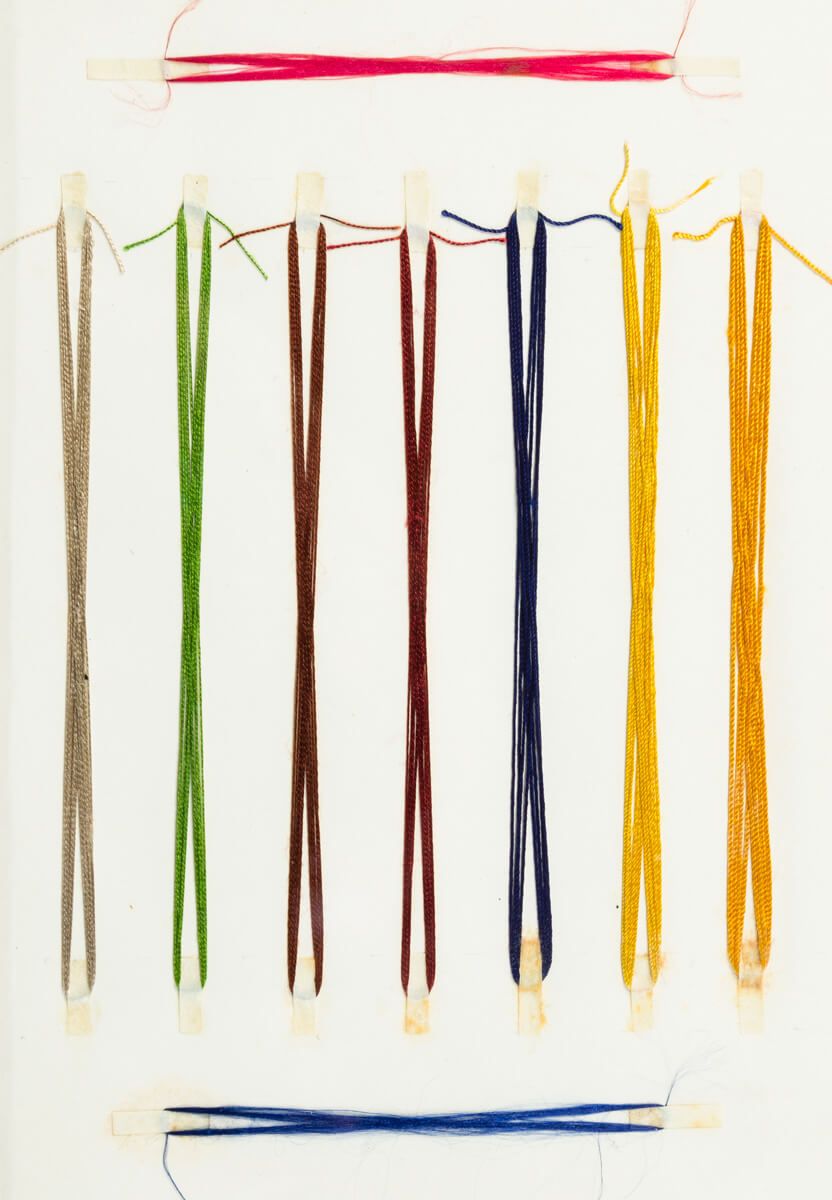 So we were stuck. Getting hold of samples of silk known to date from the 1840s and 1850s was a nightmare, and modern silks and flosses, although they offer an excellent range of colours, didn’t play nice with flies that were tied in the hand—in other words, without a vice. My major memory of the research for Blacker was that we were always up against problems that no-one had ever had to consider before, like how to treat hooks the way Phillips did, and the problem here, which was getting hold of silks that we could use. Don’t get me started on finding and dyeing pig’s wool until you have had to deal with a 200kg white boar (those were the small ones). 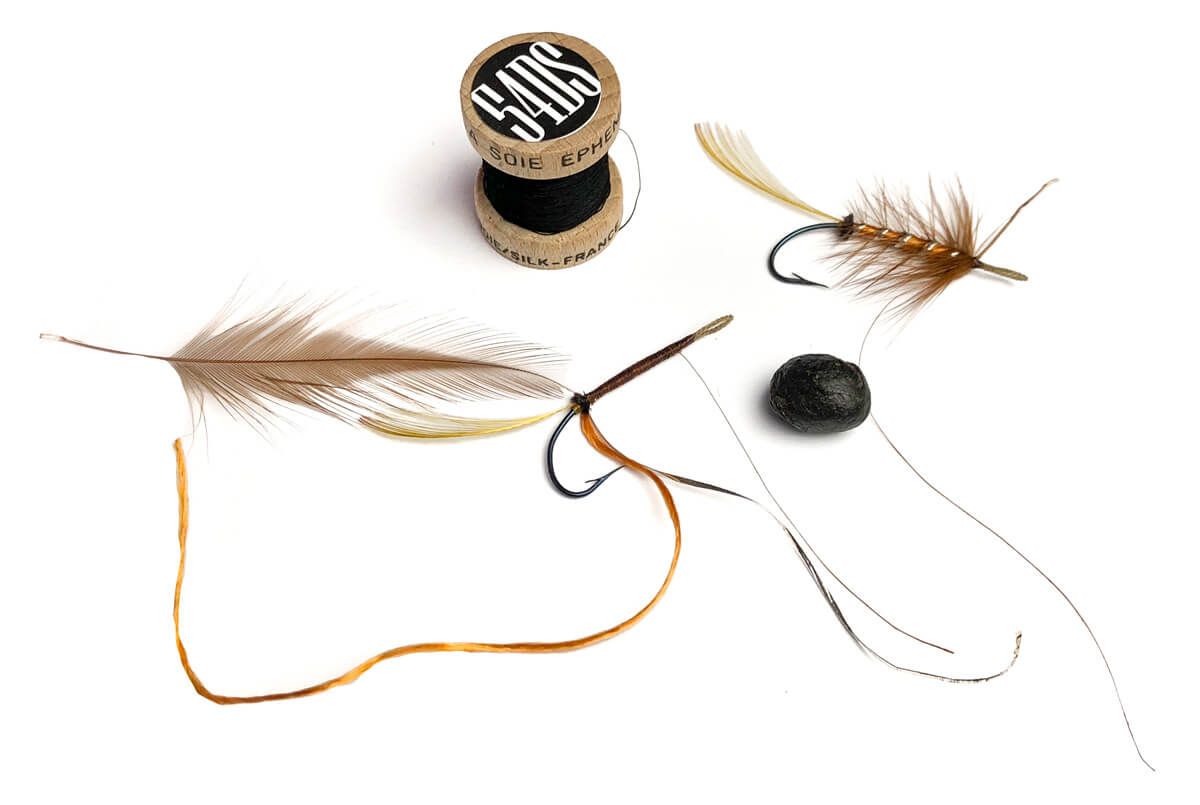 In the end, Alberto came up with two products that worked and could be sourced in a wide enough range of colours to deal with classic salmon flies. The first was the silk he markets today under the brand Ephemera, which is the same diameter as 1850s threads and behaves in a very similar way. The product is the result of cooperation with a French company called Au Ver a Soie, literally, the Silkworm, which was founded 200 years ago this year, and is run today by Marc Boucher, who is a descendant of the founder. You can pull on Ephemera Pure Silk Thread the way Blacker did without worrying about it breaking or cutting through anything, and it is very flexible. The best thing about this silk is that it will take old-style waxes without throwing a hissy fit and it changes colour predictably when such waxes are used. It has the added advantage of dragging in those waxes, so that you can put a half finished fly down without throwing in a half hitch, or worrying about everything falling apart. The Ephemera is also a great silk thread to tie period correct North Country flies and game hackles. 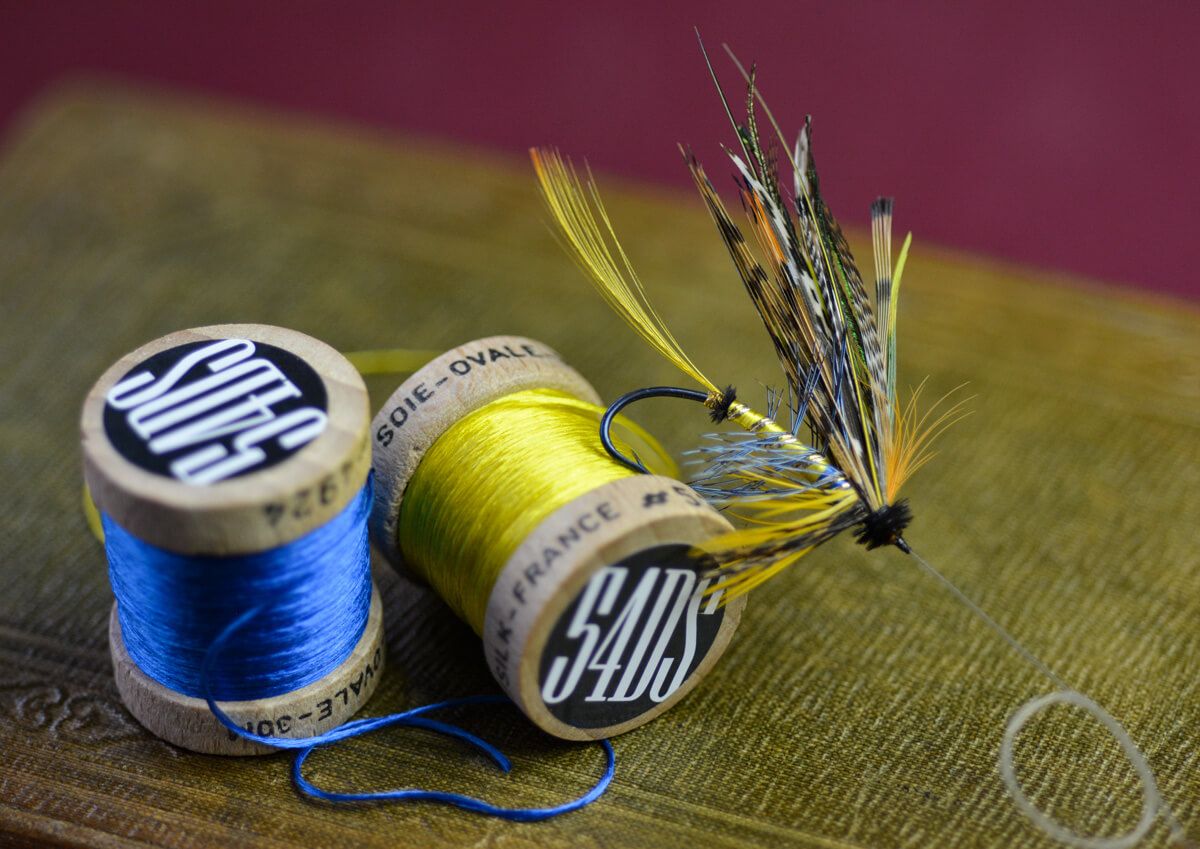 For the floss we tried many solutions but none were quite as good as the one we chose. This product is available from Alberto’s 54 Dean Street shop as  Ovale Pure Silk Floss and he found it in Au Ver a Soie catalogue, which is how his work with Marc Boucher began. The best thing about Ovale from our point of view was that it could be split for tags or small bodies, and it stand up really well to fingers covered in wax. If you tie using a vice, then getting wax on your fingers isn’t an issue, but the moment you tie in the hand, using soft period wax, you will wonder how it manages to spread quite so far as it does. The other thing about Ovale Pure Silk Floss is that it is very strong, and unless you go crazy, it won’t break. 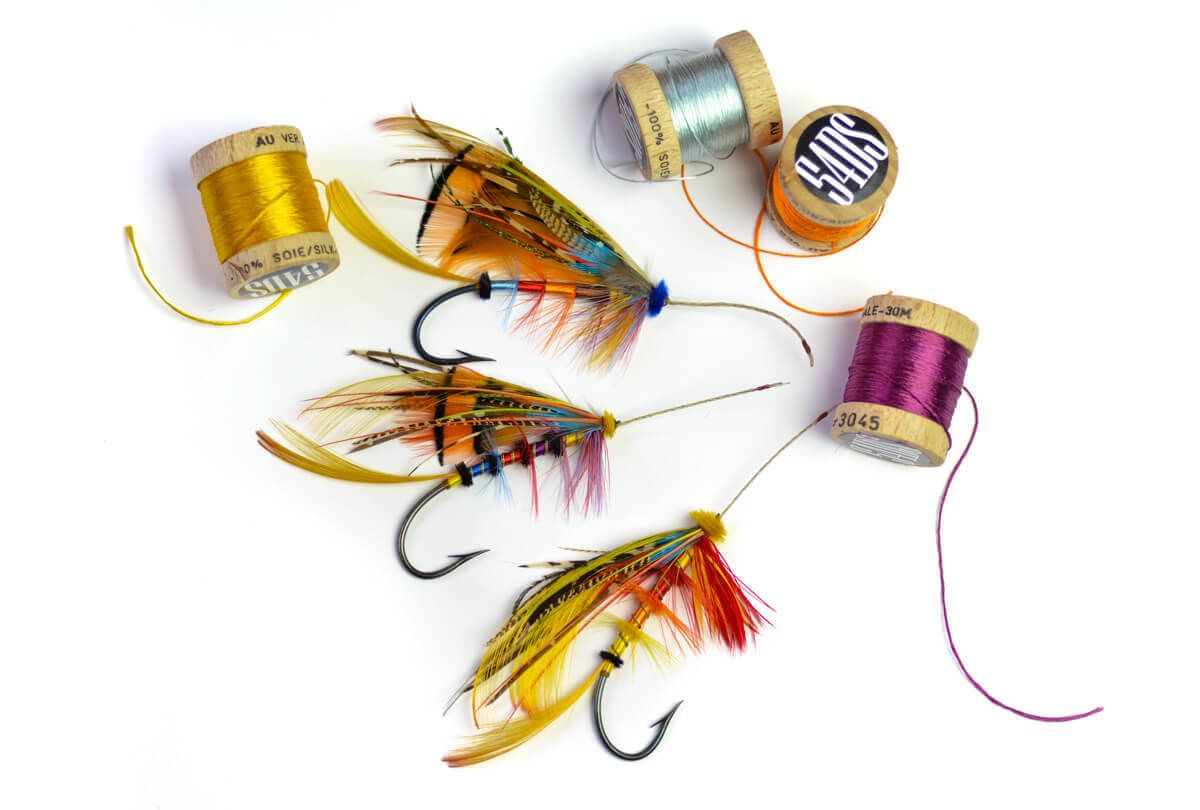 Some of this is going to go into Blacker Volume IV, but Alberto’s site seems to be the right place to post the information for all the people who have been enquiring about the details of how we tied the flies. There can’t be many people who tie all of their salmon flies in the hand, so Alberto is a good bet if you want to know what products work and how to avoid all the elephant pits that we fell into researching the Blacker trilogy.

How much history behind the simple flies of the North Country. Between silks, moorhens and Skues, a fundamental text in the library of every passionate fly angler.